Black Snow Falling is the story of Ruth’s struggle to find agency.

Author LJ MacWhirter says: “Ruth comes of age and is subjected to monstrous sexism. As the noose tightens, she sees beyond the here and now to shadowy creatures who intend to destroy her very essence. The visceral symbol for hopes and dreams is so visual that writing this novel felt like being inside a film. Hope overcomes evil but it’s not simplistic. Twisting Tudor history with magical realism helped create a sense of myth. And myth can take us to a deep place in ourselves, a place where we need to make sense of today’s monsters, whoever and whatever they are. When some things – Trump, Weinstein, climate change – seem to defy sense in our otherwise explored and explained world, I think we look to stories that go beyond reality, not just for escapism but because they meet us in that deeper place. Perhaps this is why there’s a continuing appetite for magical realism and fantasy.”

Literary Agent Lindsey Fraser says: “It was the sense of purpose and passion which first drew me to Liz’s manuscript. Here was a novel – an involving, powerful story with strong characters – driven by deep-rooted concerns and ideals. Liz is a skilled communicator, and an ambitious novelist but Black Snow Falling is also a personal story. The moral complexity of Liz’s plotting means that like all the best novels it will be read and reread, understood and evaluated on various levels. Liz’s love of history – especially the Tudor period – lies at the heart of her book, but she reaches further in telling the extraordinary story of Ruth, drawing readers into parallel worlds beyond their own. In Black Snow Falling we have historical fiction, a thriller, a fantasy and a real page-turner.”

Founder of Scotland Street Press, Jean Findlay, acquired world rights to the novel. She says: “I gave this novel to a well-read thirteen-year-old who could not put it down. It has all the ingredients of a book to be devoured by young minds: demons, shape shifting and the great landscape of history: the fight for good over evil and the heroism we need for adventure. It’s a beautiful book.”

Black Snow Falling will be published in August 2018. 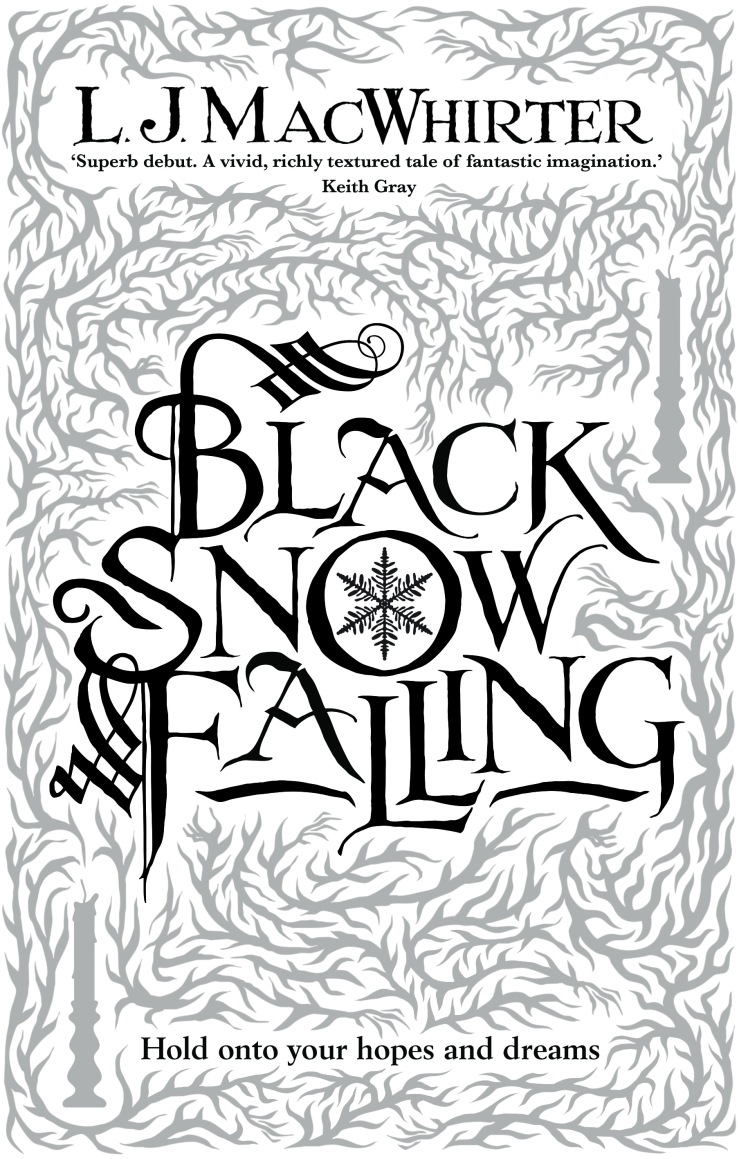